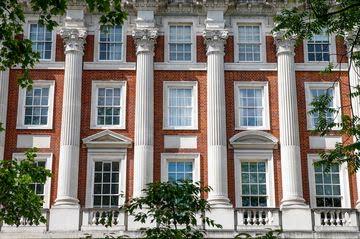 October 19, 2020, 6:16 AM EDT Sterling weakness from Brexit encourages continental buyers Chinese buyers had topped the international ranking since 2014 The U.K.’s political and pandemic-fueled turmoil has opened a window of opportunity for France’s super-rich.
For the first time in at least a decade, the French are the biggest overseas buyers of homes in London’s wealthiest districts, according to broker Knight Frank. That’s a key shift from the previous dominance of wealthy Chinese, who have slipped to fourth in the ranking behind Hong Kong and U.S. buyers.
With Brexit tensions ratcheting up, a volatile British pound has helped the French take advantage of a less competitive market as virus-related travel curbs keep most overseas buyers away. For those who can make the trip, a tax hike for non-resident buyers coming into force in April is also providing an incentive to snap up homes sooner rather than later.
“Despite the background noise of Brexit, there is smart money in Europe targeting London,” said Tom Bill, head of U.K. residential research at Knight Frank. “The combination of a weak pound, a looming stamp duty hike and less competition from buyers who need to catch a long-haul flight has created a buying opportunity.”
Paris Looks to London French buyers accounted for 11% of international sales of the capital’s luxury homes this year through September, leaping from 2% during the same period in 2019. Still, the pandemic and a lack of overseas viewers saw overall central city sales slump by a third in the period.
Last month, sterling plunged by as much as 1% in a day against the dollar on fears of a no-deal result for discussions between Britain and the European Union. Since the Brexit referendum in 2016, those who have paid for prime London properties in euros have enjoyed a 30% discount from currency moves and the decline in the luxury market, according to Bill.